Since 1954, Vazart-Coquart Estate has been producing elegant and rich champagnes. The terroir of Chouilly, Grand Cru of the Côte des Blancs, plays host to our 30 plots of vines. Chardonnay is the predominant grape variety on our 11 hectares of vines, supplemented by several hundred square metres where we also grow Pinot Noir.

At the Heart of the Vineyard

Three generations have succeeded one another since our creation. Louis, Jacques and today Jean-Pierre have all contributed to the company’s development.

The birth of the Estate

At the start of the 1950s, Jacques Vazart convinced his father Louis and his brother René, who at the time owned and grew a certain amount of vines, to start producing champagne. The family thus started to invest in order to produce this divine nectar. In 1954, the first bottles were produced and started to attract the attention of wine lovers.

The development of the Vazart-Coquart brand

At that time, the champagne was sold under the brand “Louis Vazart”. Soon after, Louis and his wife Marie Coquart combined their surnames. This is how the “Vazart-Coquart” brand came into being, able to self-perpetuate over several generations. For a long time, their legacy was under the responsibility of Jacques. Today, it is in the hands of Jean-Pierre.

Jean-Pierre Vazart started to work alongside his father Jacques in 1991. They worked together to expand the company, develop quality, look after the vineyard and invest for the future. In 1995, Jean-Pierre officially took over the reins. Joined by his wife Caroline, they are assisted by an exceptional team. 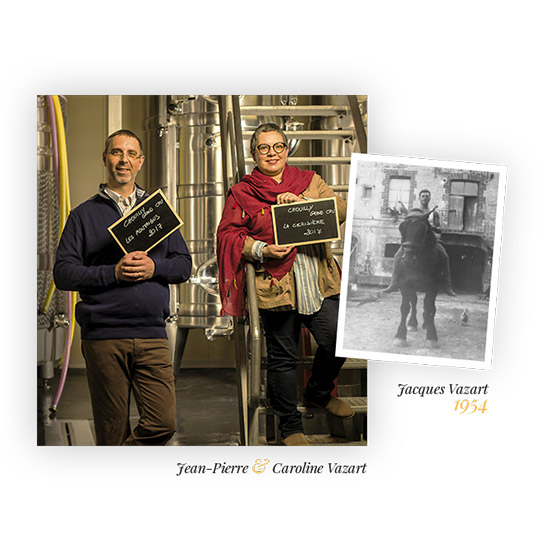 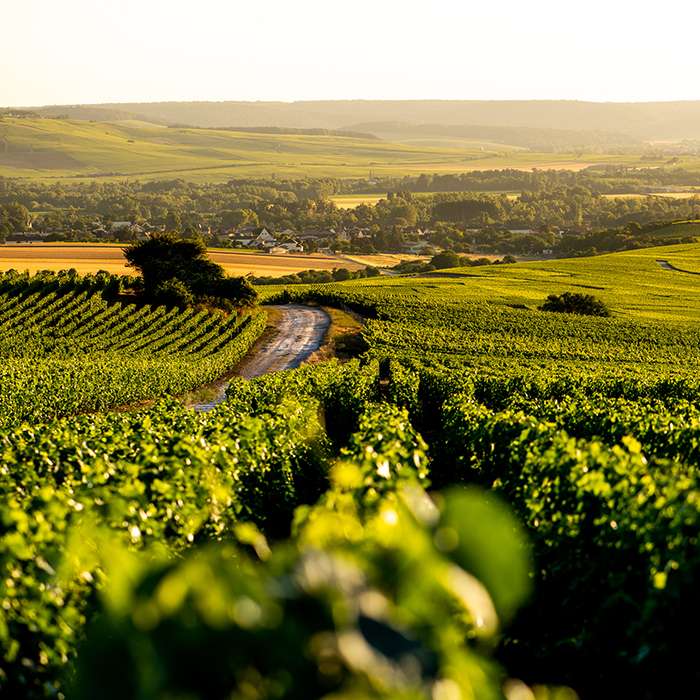 At the Heart of the Vineyard

No great champagne can be made without great grapes. Our primary activity: winegrowing.

The vine, above all a creeper

A vine is a marvellous plant, but also a naturally undisciplined liana. Our prime concern is to understand it, to control it, to tend to it and to help it to give us the very best of itself. It is the most important member of the Vazart-Coquart team.

The work of our people

Work on the vines is organised into 4 seasons. Pruning and tying in winter, disbudding in spring, shoot positioning in summer and finally the harvest in the autumn. Each detail is important, to ensure that the grapes that we pick are fit for producing exceptional champagnes.

The cradle of our company is the village of Chouilly, located in the Grand Cru de la Côte des Blancs classified area. All our plots are nestled around the village. Chardonnay is by far the predominant grape type. Along the 30 plots that make up our 11 hectares of vineyard, 2 are planted with Pinot Noir vines.

In a nod to history, the goose of Chouilly has, over the last few decades, become an emblematic animal for us.

In the middle of the previous century, several flocks of geese waddled through the village in the morning and evening, sometimes causing minor traffic jams. The neighbouring villages were quick to choose the nickname of “bilots” for the people of Chouilly. It is a synonym for goose in the local Champagne dialect.

Today, the geese have virtually disappeared from the village’s streets, but you can sometimes hear them honking early in the morning, like an echo to the past.

The 3 generations of geese

We are proud of this anecdote and to worthily showcase the 3 successive generations who have run our Estate, on each of our bottles you will find 3 small stylised geese. This little flock yearns nothing but to grow, to carry on continuing the legacy… 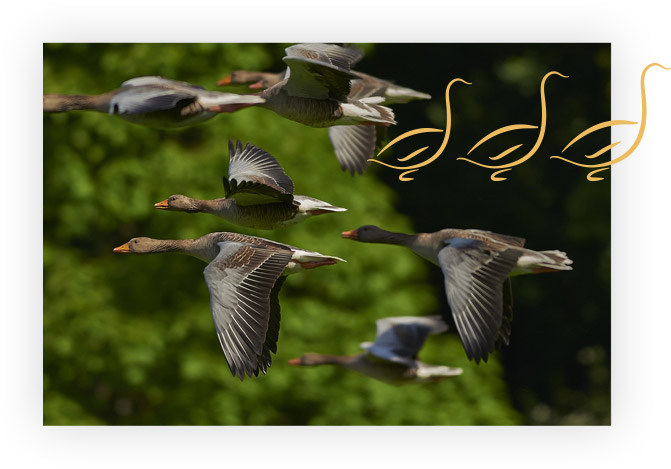 An estate founded in the middle of the last century, which perpetuates tradition, incorporates innovation, and does everything possible to respect the environment and develop exceptional Champagnes.